Enterhealth Ranch provides treatment for sedative addiction, which are prescription medicines in two primary classes of medications –benzodiazepines and barbiturates that all have sedating effects. The benzodiazepines are mild sedatives, while the barbiturates are major tranquilizers. Like alcohol, these medications are frequently abused for their calming effects and can produce a high in some patients. When taken in excess, both of the classes of medications can cause coma and even death. 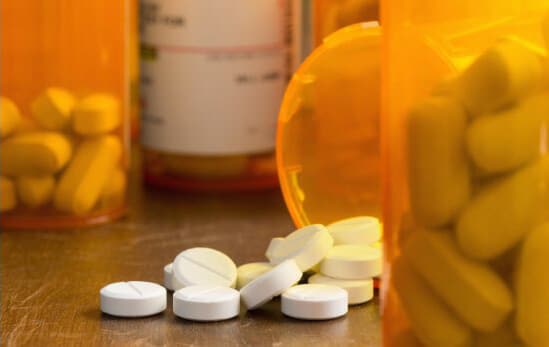 At Enterhealth, our team of board-certified addiction psychiatrists, physicians, psychologists and other experts take a holistic approach to treating sedative addiction. They combine their expertise with the latest evidence-based therapeutic and pharmacological techniques to help those suffering from sedative addiction regain control, sobriety, and stability in their lives.

Proven to be more effective than traditional addiction treatment programs, the Enterhealth team developed an evidence-based set of treatments and protocols based on the latest medical research from the National Institutes of Health identifying alcohol and drug dependency as a treatable chronic brain disease.

Call today and get help. Our benzodiazepine addiction treatment experts are here for you.

At Enterhealth, our team of board-certified addiction psychiatrists, physicians, psychologists and other experts take a holistic approach to treating sedative addiction; combining their highly trained expertise with the latest evicence-based therapeutic and pharmacological techniques to help those suffering from sedative addiction regain control, sobriety and stability in their lives.

Proven to be more effective than traditional addiction treatment programs, the Enterhealth team developed an evidence-based set of treatments and protocols based on the latest medical research from the National Institutes of Health identifying alcohol and drug dependency as a treatable chronic brain disease.

Inpatient rehab for benzodiazepines at Enterhealth Ranch means your loved one can move beyond their addicted world and into a supportive, comfortable environment where they can begin a life of sobriety and happiness. 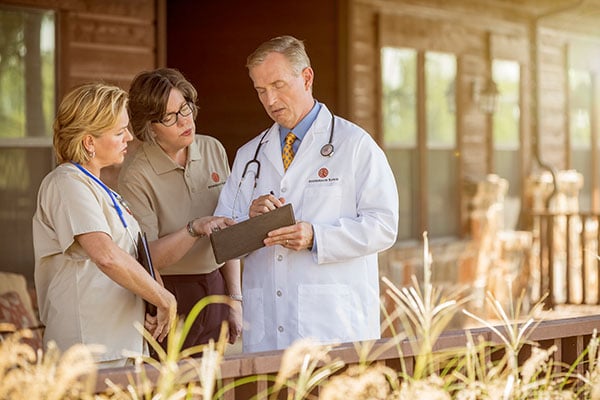 “Because they begin with the knowledge that addiction is a brain disease, they employ the latest medical advances to combat the damage done to the brain's neurotransmitters. This helps to restore serotonin levels and combat cravings, giving the brain a chance to heal so that recovery can move forward.”

“Enterhealth Ranch is the top addiction treatment because of the comprehensiveness of the program, its practices, its scientific approach, its dual-diagnosis specialization and the skill level of their physicians and therapists.”

“A visionary facility, Enterhealth Ranch is raising the bar in drug and alcohol addiction treatment by providing the best outcomes. As the choice for employees of Baylor Health Care System, as well as the students and faculty of Southern Methodist University, I truly believe it will soon be the country’s leading addiction recovery management program.”

There are no medications approved by the FDA specifically to treat sedative addiction. However, certain medicines can be used to help sedative abusers with the anxiety with which they often struggle after they have gone through withdrawal (often a great deal more anxiety than other types of addicts face). Many sedative abusers began using these sedative drugs to relieve an anxiety disorder.

Once they are removed safely in the detoxification phase of treatment, their original anxiety returns full-blown – and possibly stronger than ever– but they can no longer turn to the medicines they abused for help. Because of sedative toxicity to many areas of the brain, sedative abusers also seem to have significant problems with insomnia, especially early in sobriety.

Fortunately, there are non-addicting medications that can treat anxiety or insomnia once the withdrawal stabilization process is complete. These include anti-seizure/antiepileptic medicines, atypical antipsychotics, antihistamines and antidepressants.

Learn about our 84% recovery rate

Sedative withdrawal symptoms and how we treat them

Enterhealth Ranch provides residential supervised drug and alcohol detox (also known as withdrawal stabilization) services for sedative addiction with 24-hour nursing and medical staff available at any hour of the day. The sedative withdrawal stabilization process is a crucial first step to recovery and should only be done under the supervision of a physician with formal training in alcohol/drug addiction treatment, as sedative detoxification can be quite dangerous. Due to the the brain’s and the body’s dependency on the drug, stopping sedatives abruptly can be life-threatening, possibly leading to seizures and/or delirium tremens.

What can I expect?

Benzodiazepine withdrawal symptoms and barbiturate withdrawal symptoms are similar to those seen with alcohol withdrawal. Potential symptoms include aches and pains, numbness and tingling, irritability, rapid breathing and heart rate, insomnia, tremors, seizures, and changes in brainwave patterns. There is also the risk of suffering the potentially toxic syndrome of delirium tremens, which is a life-threatening condition that should only be managed in an ICU setting in a hospital.

With mild benzodiazepine/barbiturate withdrawal, you typically only see restlessness, anxiety, shakiness, and intermittent weakness, but these may be accompanied by dizziness upon standing, nausea, cramps, and vomiting. These symptoms may be similar to the anxiety symptoms for which the benzodiazepine or barbiturate medication was initially prescribed. Often, the return of significant anxiety during the withdrawal phase causes sedative addicts to experience intense cravings and relapse early in the process, at times leading to death.

When does withdrawal begin?

The withdrawal syndrome for long-acting benzodiazepines such as Valium and barbiturates such as phenobarbital may not begin until several days after use of the drug has stopped because it takes a while for these drugs to clear from your body.

Why is detox (withdrawal stabilization) so important?

The objective of sedative withdrawal is to stabilize withdrawal symptoms by giving patients a long-lasting sedative at a selected dose, then gradually lowering the dose in order to “wean” them off the medication.

For example, if you were abusing Xanax, you might be given the longer-lasting Valium to make the withdrawal symptoms less severe and more gradual. Which medicine to use and at what dose and for what length of time will be left to your physician’s discretion. 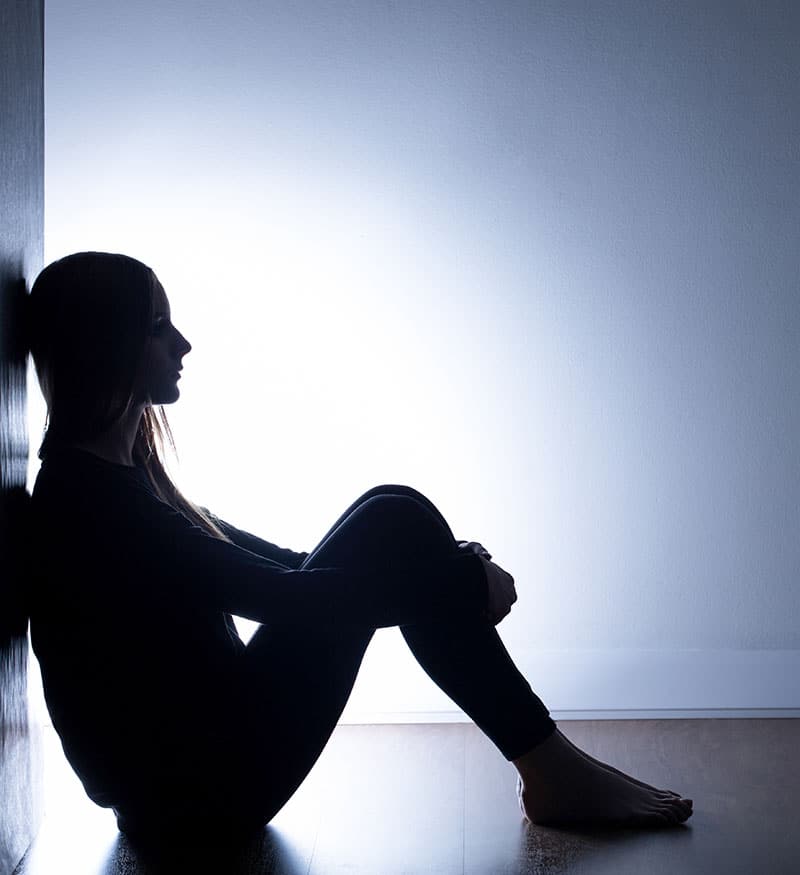 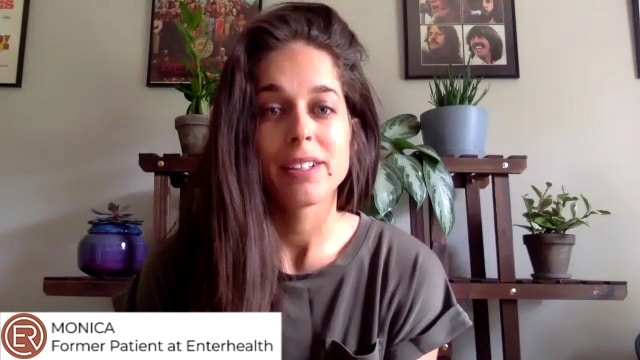 Withdrawal stabilization is not treatment

Please note that withdrawal stabilization is NOT treatment but, rather, serves only to remove the substance safely out of the body so that the treatment phase can be started. 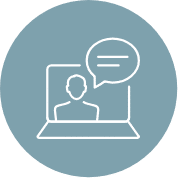 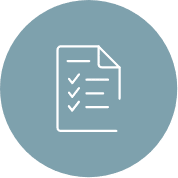 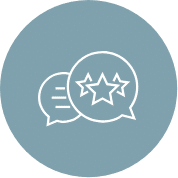 CALL NOW TO TAKE CHARGE OF YOUR RECOVERY