As you may know, there are a lot of opinions and controversy surrounding Oklahoma State Question 788 and the legalization of cannabis for medicinal use for qualified patients. One nationally known addiction expert recently crossed the Red River to present his findings on the dangers of marijuana use and help stop this initiative from becoming law.

Dr. Harold Urschel, addiction psychiatrist and chief medical strategist at Dallas-based Enterhealth, gave an eye-opening presentation to the Oklahoma Medical Board and the Oklahoma Board of Osteopathic Examiners about the dangers of marijuana use, including medical marijuana.

Dr. Urschel is considered one of the country’s foremost authorities on addiction, and he is the author of the New York Times best seller “Healing the Addicted Brain.” He provided Oklahoma physicians with evidence-based medical information about the dangers of marijuana use and the effects it can have on the human brain and on human lives. Urschel adamantly opposes marijuana use under all conditions, as he sees the dramatic negative effects it has on people’s brains each and every day.

“At Enterhealth, we find it important educate against the legalization of any marijuana use, including medicinal. We treat patients from across the country – including Oklahoma – and we find it necessary to make citizens aware of the dangers of marijuana before they head to the polls,” said Urschel. “Marijuana can’t be prescribed by a physician because it’s a Schedule I drug. It can only be recommended. There are no dosing or safety standards, it’s not FDA approved, and it leads to a higher potential for people to become addicted to other drugs. If someone believes they need THC for medicinal reasons, there is Marinol. It’s a pill form of pure THC, the main psychoactive ingredient in marijuana. It’s legal, insurance covers it, and it is FDA approved.”

Today’s pot is about 275 percent more potent than it was 10 years ago. Teenagers’ and young adults’ developing brains are particularly vulnerable to the effects of marijuana. Maturing brains are more prone to injury from drugs because the part of the brain which controls judgment, impulse control and abstract thought isn’t fully developed until a person reaches their late 20s. Marijuana decreases motivation to excel and achieve goals and strips users of their drive to be successful and competitive. Marijuana use of any kind can cause brain injury and academic underperformance. It also increases your heart attack and stroke risk and its smoke is four times more carcinogenic than cigarette smoke. Marijuana is addicting and potentially could be life-threatening when used frequently.

By educating the public about the dangers of marijuana, the expert team at Enterhealth hopes Oklahomans realize the dangers of the drug and vote against legalization on the June ballot.

Get Treatment for Marijuana at Enterhealth

Enterhealth provides a full continuum of care, including a residential treatment facility, outpatient treatment center, telehealth and continuous support for clients and their families. The 43-acre Enterhealth Ranch is just 30 minutes north of Dallas/Fort Worth. The secluded and therapeutic setting features 38 private rooms and bathrooms, chef-prepared meals, housekeeping service, fitness center, pool and 24-hour care from a dedicated team of addiction professionals. 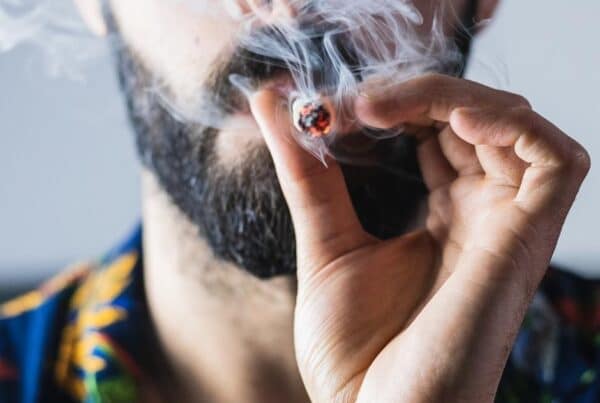 How to Quit Smoking Weed

Grant MillerMarch 7, 2018
CALL NOW TO TAKE CHARGE OF YOUR RECOVERY