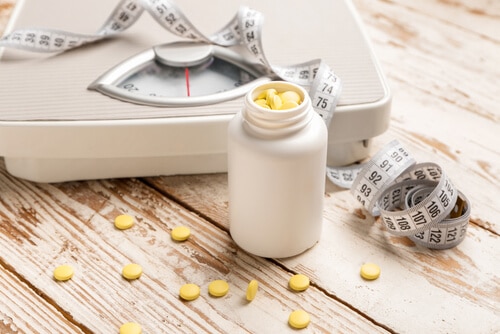 Is There a Connection Between Bariatric Surgery and Substance Abuse?

Since bariatric weight loss surgeries have become more affordable and accessible to more and more Americans, bariatric professionals and addiction treatment professionals alike are starting to sound the alarm concerning the trend in the number of people who develop a substance use disorder following one of these surgeries.

The American Academy of Addiction Psychiatry (AAAP) recently reviewed multiple studies, including a 2013 prospective which followed more than 4,000 obese patients who had bariatric surgery – some of which for more than two decades. Their findings suggest that those who undergo bariatric surgery may be up to five times more likely to develop an alcohol use disorder within 8-10 years.

Additionally, findings show (unsurprisingly) that patients who frequently used opiates before their surgery are highly likely to continue using opiates after their surgery – often escalating their dose.

With an estimated 200,000 bariatric surgeries performed per year, this means that a significant number of Americans are putting themselves at elevated risk of developing a substance use disorder. In fact, patients who underwent a procedure known as a Roux-en-Y gastric bypass (RYGB) experienced, on average, a 200% increase in the of risk of death from alcohol or other substance abuse, according to research done by the University of Pittsburgh.

Let’s start by looking at the two main types of bariatric weight loss surgery and what’s involved in each.

Restrictive types of weight loss surgery include gastric banding, intragastric balloon, and vertical sleeve gastrectomy. These procedures are designed to restrict food intake by making less room in the stomach for food, which makes the patient full faster.

There are two gastric banding devices and procedures approved in the United States: LAP-BAND and the Realize band. In a gastric banding procedure, the surgeon inserts a band around the top portion of the stomach, creating a small pouch for food. This small pouch fills up quickly, leading to the feeling of being full. Food eventually passes through the narrow opening created by the band and empties into the rest of the stomach.

An intragastric balloon is a silicone balloon which is carefully inserted in the stomach before being filled with saline. This limits the amount of food a person can eat and makes them feel full faster by simply taking up real estate in the stomach.

Vertical sleeve gastrectomy involves reducing the size of the stomach by surgically removing about 75% of it. What remains of the stomach is basically a narrow tube or sleeve (similar in size and shape to a banana) that connects to the intestines.

Like other procedures, gastric bypass surgery also involves the surgeon creating a small pouch. However, with a gastric bypass, food doesn’t pass through the pouch to be further digested in the larger part of the stomach. Rather, the small pouch is surgically connected directly to the small intestine.

This allows food to literally bypass most of your stomach and the first part of your small intestines, meaning that it’s more difficult for the body to absorb calories from it.

The Roux-en-Y gastric bypass (RYGB) procedure uses staples to create the small pouch and separate it from the rest of the stomach. The pouch is then surgically connected to a loop in the small intestine.

Multiple studies have been conducted to try and identify which preoperative variables may be associated with increased risk for substance abuse following bariatric surgery. It should be noted that the increased risk isn’t typically observed in the first year post surgery, due in large part to the restrictive diet and prohibition on alcohol for the first six months to one year.

Psychological issues are not uncommon in severely overweight patients. Some of the more common identified risks include:

Why do we see this correlation between bariatric surgery and substance abuse?

While there are several hypotheses, no one knows exactly why there is such a high correlation between bariatric surgery and substance abuse.

The first hypothesis is addiction transfer, or the idea that some people are trading one addiction (in this case, a food addiction) for another. Without the ability to binge on food, the idea goes, these people then begin to try using other substances to help them cope with their negative emotional state.

Another hypothesis is based on the fact that, neurobiologically speaking, we can see (with the help of PET scans) that there are reduced Dopamine-2 (D2) receptors in the brains of pathologically obese individuals, extremely similar to what we see in the brains of those with addiction. This reduced capacity for dopamine leads these individuals to seek out substances which cause the brain to release more.

This hypothesis is supported by neuroimaging studies which show that binge eating and IV alcohol infusion (essentially what’s happening when alcohol bypasses the stomach) both lead to a rapid release of dopamine.

The third hypothesis applies mainly to the RYGB procedure, which can change the pharmacokinetic of alcohol on the patient’s system, causing them to become hypersensitive to the reinforcing effects (which are already an issue due to the aforementioned reduced D2 receptors) of alcohol. In fact, many patents report that after an RYGB procedure, even a small amount of alcohol can cause them to become quite intoxicated. These specific changes have only been observed in RYGB and not in other bariatric surgeries such as gastric banding or sleeve gastrectomy.

The nation’s most popular weight-loss surgery, sleeve gastrectomy, also involves removing a portion of the stomach, though not as much as RYGP. One of the dangers with a gastrectomy is that it allows alcohol to circumvent the stomach, which reduces the first-pass metabolism of ethanol in the stomach and the liver. This, combined with a reduced capacity to produce alcohol dehydrogenase (the enzyme involved in the breakdown of ethanol) can lead to rapid development of tolerance and physical dependence to alcohol.

What can be done to improve care and reduce the chances of developing a substance use disorder following bariatric weight loss surgery?

One of the main things that most experts agree needs to happen is the implementation of better pre-surgical screening to look specifically for the risk factors outlined above. Doctors need to have serious conversations with at-risk patients, not just about the life-changing nature of the weight loss surgery, but also the physiological changes which will predispose them to substance abuse.

Patients frequently underestimate the changes they will undergo, especially things like the rapid weight loss, extra skin folds, as well as the potential for putting weight back on. All of these factors can have a major effect on self-esteem, and a lack of self-esteem can lead to a number of maladaptive behaviors.

These maladaptive behaviors impact every aspect of life, including health and family dynamics. This can lead to a cycle in which the patient attempts to re-establish their self-esteem, but their substance abuse causes issues with daily life, and these issues lead to further substance abuse.

For these and other reasons, experts also agree that guidelines for primary-care doctors need to be more attuned to these kinds of risks and do more long-term follow-ups as they treat patients who have had weight-loss surgery.

Enterhealth wants you to know that we are here to help. Our board-certified medical team has extensive experience treating patients who developed substance use disorders following a bariatric weight loss surgery, and we are experts when it comes to treating co-occurring psychological disorders – referred to as dual-diagnosis treatment.

We offer the latest scientific, evidence-based treatments such as eye movement desensitization and reprocessing (EMDR) and psychological assessments. We also utilize a variety of tried-and-true therapeutic techniques and modalities, including cognitive behavioral therapy, motivational enhancement therapy, acceptance and commitment therapy and more. And because we believe family plays a critical role in the recovery of our patients, we also offer family group therapy and couples group therapy.

Our treatment plans are tailored to each patient by a team of addiction-trained nurses, physicians, therapists and psychiatrists, beginning with a thorough medical and psychological assessment. Treatment plans include education about the disease and development of coping skills needed to handle various life challenges and sustain long-lasting recovery.

To learn more about treatment at Enterhealth, as well as the latest additions to our evidence-based addiction treatment programs, you can visit our contact page or call 1-800-388-4601.