By Grant MillerJanuary 22, 2018No Comments

The use of electronic cigarettes, also known as “vaping,” is a trend which has rapidly gained momentum over the past 10 years. In fact, the period from 2007 to 2015 approached exponential growth in the number of people using e-cigarettes, also referred to as e-cigs, electronic nicotine delivery systems (ENDS) and personal vaporizers. Their growth in popularity was so prominent that in 2014 the Oxford Dictionaries’ word of the year was “vape.” Due to the meteoric rise in e-cigarette popularity, Enterhealth, a drug and alcohol addiction treatment company based in Dallas, wants to clear the air regarding how the devices work and misconceptions about their safety.

How Do E-Cigarettes Work?

The devices use a small metal element to heat the liquid in the electronic cigarette (dubbed e-liquid or e-juice) to create an aerosol, or vapor, which is inhaled by the user. The primary function is to deliver nicotine to the user’s system. The marketing and hype surrounding e-cigarettes will give you the distinct impression that they are less harmful than traditional tobacco products. We will touch on some evidence showing this to be misleading, but first let’s just take a look at the effects of nicotine on the human body.

What Are the Effects of Nicotine?

Nicotine is a naturally occurring chemical which has many complex and sometimes unpredictable effects on the brain and body, according to extensive studies on the substance. Nicotine is absorbed through the skin and mucous membranes of the nose and mouth or in the lungs via inhalation, and it quickly reaches peak levels in the bloodstream and brain. Cigarette smoking and vaping result in nicotine reaching the brain within just 10 seconds of inhalation, however the acute effects of nicotine dissipate within a few minutes, causing the need for repeated intake throughout the day.

1.       Too many chemicals in the synapses, which are the gaps between neurons where the neurotransmitters and their receptors are located (including those receptors for acetylcholine).

2.       Due to the flood of similar (or to your brain, essentially identical) neurotransmitters, the body stops producing as much acetylcholine and reduces the number of receptors in synapses. At this point, the brain is now reliant on a constant intake of nicotine to maintain normal functioning. This is the state of a nicotine-addicted brain.

3.       If nicotine use ceases, the brain now produces too little acetylcholine, and there are too few receptors to function properly anyway, so the user will likely experience withdrawal symptoms. These can include:

4.       If the person stops using nicotine, the number of receptors and their sensitivity to acetylcholine will eventually return, but only after some time.

Nicotine acts as both a stimulant and a sedative. Immediately after taking in nicotine, users feel a “buzz” caused in part by the drug’s stimulation of the adrenal glands and the resulting discharge of adrenaline. The rush of adrenaline stimulates the body, causing a sudden release of glucose, as well as an increase in blood pressure, heart rate and respiration. Nicotine also raises the levels of a neurotransmitter called dopamine in the parts of the brain that produce feelings of pleasure and reward. This reaction is similar to what we see with other abused drugs such as cocaine and heroin, and it is thought to underlie the pleasurable sensations many smokers experience. Researchers now believe that this change in dopamine levels may play a key role in all addictions. This may also help explain why it is so hard for people to stop smoking.

Children and teens are much more likely to start using e-cigarettes than cigarettes, likely due to a few key reasons:

4.       Common perception that e-cigarettes are harmless

One of the major issues with adolescents using electronic cigarettes is that young brains are much more sensitive to the addictive properties of nicotine. Studies have shown that adolescents report symptoms of nicotine dependence even at extremely low levels of consumption. More susceptible children and teens may lose control over nicotine use within a few days of first trying the substance.

The main reason for this vulnerability is due to the developing (maturing) nature of the adolescent brain and its sensitivity to the rewarding effects of the drug. Structural and functional MRI data shows that the reward-system pathways develop very quickly, while the prefrontal cortex – the area of the brain linked to cognitive function and control – is shown to develop far slower. This combination often leaves adolescents more motivated by rewards, less averse to risks, and more easily influenced by peers.

Importantly, nicotine use may also lead to higher levels of dependence by exerting neurotoxic effects in the prefrontal cortex, interfering with adolescent cognitive development, executive functioning and inhibitory control. These effects are particularly evident under stressful or emotionally intense states and are most pronounced when nicotine use begins during early adolescence.

Overall, the adolescent brain is more vulnerable to the effects of nicotine than the adult brain. Adolescents progress faster to nicotine dependence than adults, find nicotine more rewarding, underestimate the risks of nicotine use and are more influenced by the behavior of others in their social circle. This may explain why one out of six adolescents reported using e-cigarettes in the past month.

One of the major reasons there are so many concerns over the safety and health effects of e-cigarettes is the scarcity of information when it comes to the ingredients in various e-cigarettes and e-liquids. While the Food and Drug Administration (FDA) is taking steps to regulate the e-cigarette industry, there is still very little information regarding the exact ingredients in the e-liquids and their effects on the body when inhaled.

For example, we know that some e-liquids contain flavorings and colorants from the food industry which are generally regarded as safe for consumption, but little information is known about what happens when these chemicals are heated and inhaled. Also, the addition of these flavorings makes it easier to get addicted to the e-cigarettes. In fact, cigarette companies tried to introduce flavors to regular cigarettes early on, but the FDA recognized this risk and forbade them from using the flavors – something they can’t do to the e-cigarettes yet.

Testing on various e-liquids has revealed chemicals such as diacetyl, a chemical that has been tied to a debilitating lung disease known as “popcorn lung,” as well as formaldehyde and acetaldehyde, both probable carcinogens. In addition to these chemicals, the components of the heating elements and other e-cigarette parts (often cheaply made) can aerosolize some of their constituent metals – including aluminum, barium, chromium, lead, nickel, tin and zinc – allowing metallic nanoparticles to go straight into the user’s lungs and bloodstream. A recent study by the University of Rochester also found that chemicals in certain e-liquids can have detrimental effects on the mouth and gums, including inflammation, gum disease and the inability to heal from ailments such as mouth sores.

Additionally, e-cigarette users have found ways to use other substances besides nicotine in the e-cigarette. This includes marijuana and marijuana concentrates, as well as synthetic cannabinoids (Spice, K2, etc.), heroin, methamphetamine and cocaine, all of which are neurotoxic and addicting in this form as well.

Nicotine is all too often a gateway drug, frequently opening the door to other commonly abused substances. If you or a loved one is addicted to drugs or alcohol, or if you have tried to quit using nicotine and failed, the experts at Enterhealth are here to help.

We offer a number of different smoking-cessation methods using the latest science-based tools and medications (for both regular and electronic cigarettes). Additionally, our approach of treating each patient individually means that we can pair the best possible method with each patient – getting them off nicotine for good. Call (800) 388-4601 or visit Enterhealth.com to learn more.

Even if you do not choose to pursue smoking cessation with Enterhealth, we encourage anyone addicted to nicotine or e-cigarettes to seek help, and many smoking-cessation products can be purchased over the counter. To see the full list of FDA-approved smoking-cessation methods, click here.

4.       Are Electronic Cigarettes Safer to Use than Conventional Cigarettes? (2013, October 28). Retrieved January 12, 2018, from https://www.mskcc.org/blog/are-electronic-cigarettes-safer-use-conventional-cigarettes 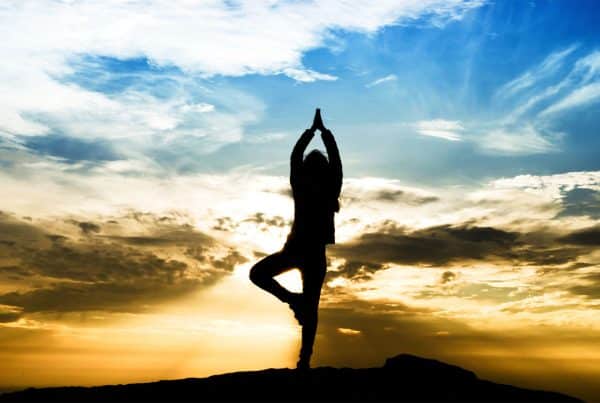